The marine reserve consists of a circle that is 0.2 miles in diameter, that is referred to as the core marine reserve, surrounded by an area of 0.6 miles called the buffer zone. Its depth ranges from 4–16 meters. The area stretches in front of a sandy beach, with the Masia Blanca stream running through it, and is a very important tourist attraction for the area. Dunes created by the blowing wind appear among the coastal constructions. These fixed dunes have been colonized by plants that form a complete plant community very typical of sand substrata.

At sea, as well as on land, the relief offers protection to many species and promotes increased biodiversity. The Masia Blanca marine reserve, which was created in order to protect the rough seabed—exceptional in an area dominated by sand and mud—is located across from the beaches of El Vendrell, next to the port of Coma- ruga.
These rough seabeds are made up of barriers of biological origin (coralline communities), running perpendicular to the coast, between a sandy seabed and another long barrier that runs parallel to the shoreline and is located in the deepest part of the marine reserve. Underwater forests abound—made up of an aquatic plant endemic to the Mediterranean, Posidonia oceanica—while forming a labyrinth rich in species of invertebrates (octopuses, cuttlefish, mother of pearl, etc.) and vertebrates (red mullets, groupers, bream and bass, among others).
This submarine relief has favoured the establishment of different fauna that are interspersed, creating great biological biodiversity.

Three different communities can be distinguished, depending on the type of substratum: soft substratum communities with Posidonia oceanica vegetation; a seabed of soft substratum without vegetation, characterized by sand in which a fauna rich in invertebrates, small crustaceans and typically benthic fish (bottom dwellers) develops, and a bed of hard substratum, characterized by biogenic sedimentary rock, which give special prominence to coralline algae, forming a very rough relief with numerous crevices that serve as refuge to innumerable organisms in the seabed.

This community, referred to scientifically as “pre-coralline”, in sublittoral environments bordering on the circalittoral, is called “grapissar” in Catalonia and is known as “maërl” (maerl) in other areas of the coast.

This sea thicket is also a landscape worthy of admiration for its magnificent beauty and for being a habitat abundant in fish. In addition, the maerl seabed—rare for the Mediterranean and vulnerable due to its very slow growth—is of clear ecological interest because of its special and characteristic heterogeneity, high biodiversity (abundance of species), including some very rare species and others that are of interest for fishing.

It should also be noted that the thermal reserve of the Brisamar spring reaches the marine reserve, gushing at 19 °C throughout the year and naturally enriching the waters of the reserve which, like those of the Mediterranean, are characterized by a lack of nutrients and crystalline quality. 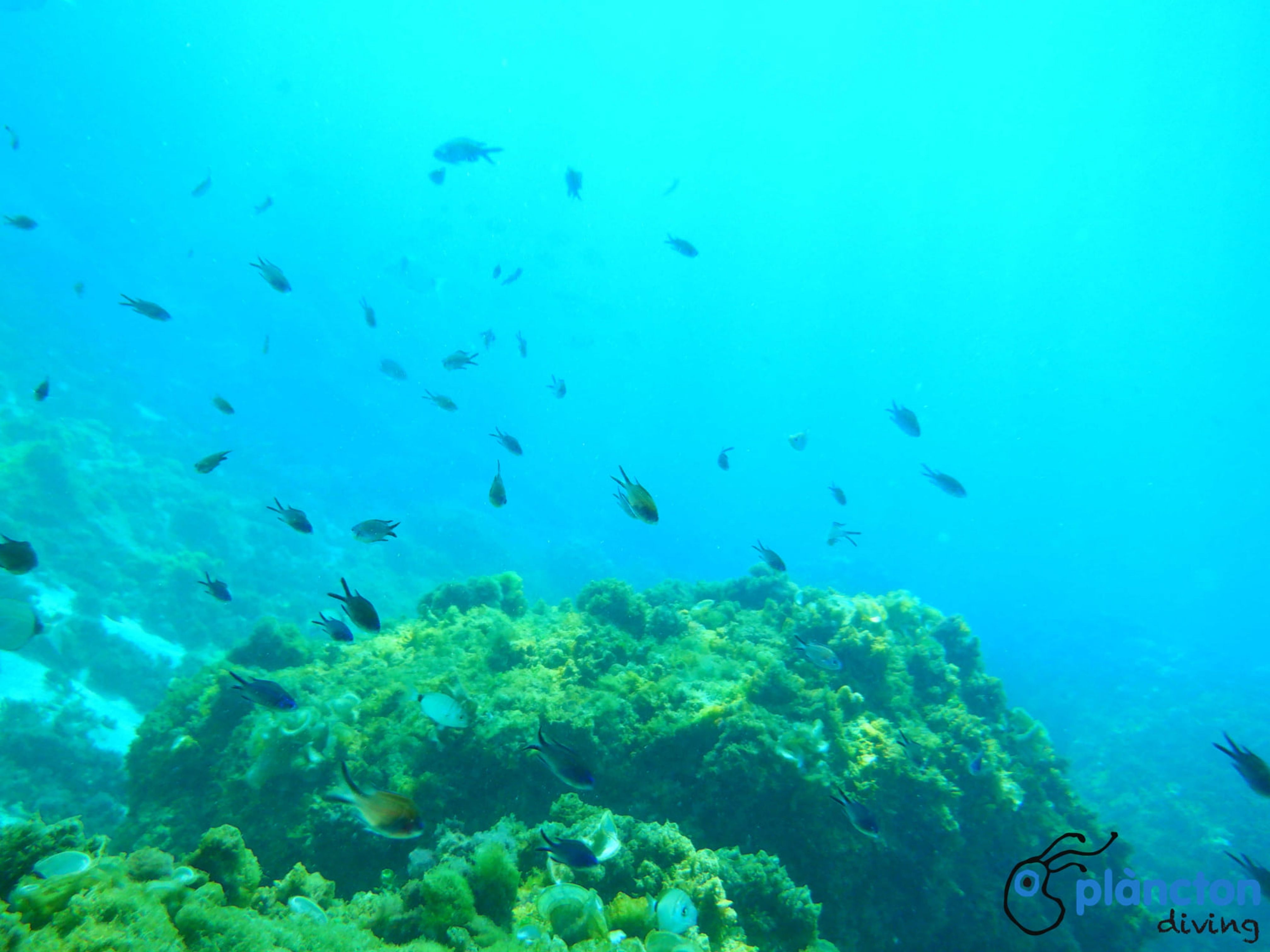 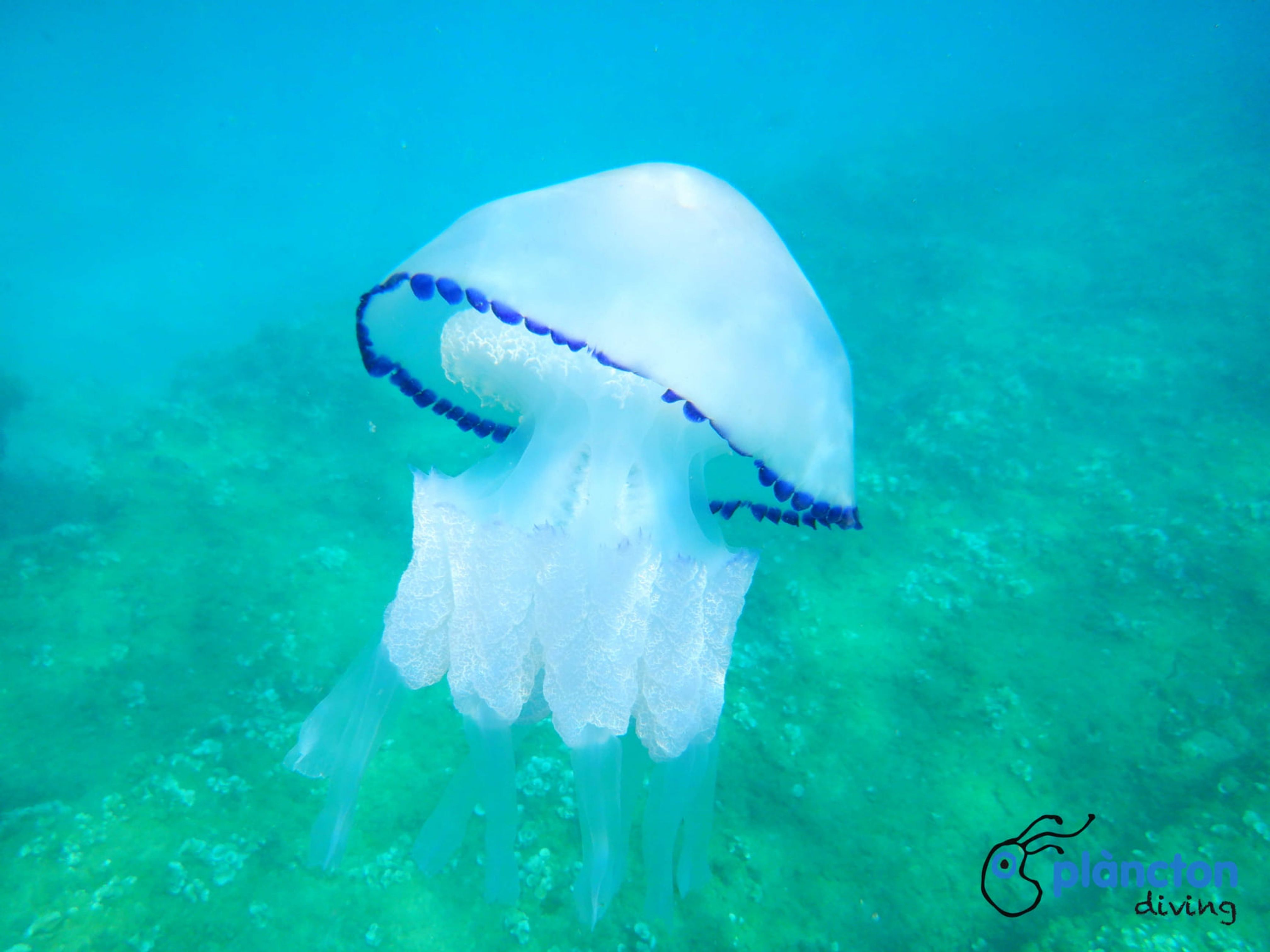